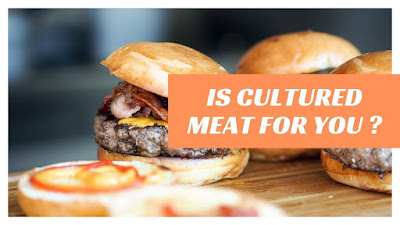 Indiana bill an early attempt to address brave new food
Creepy?
In vitro meat. Synthetic meat. Vat-grown meat, lab meat, clean meat,cultured meat. Run through the names for meat grown in laboratories through controlled cell division and you might feel like you’re trapped in some sort of sci-fi/horror movie mashup.
But the introduction of synthetic meat — that’s the term we’re most comfortable with — to a consumer market is now a real possibility. It made its public debut in 2013, when the first synthetic meat burger was consumed at a press conference in London; but the idea of growing meat instead of harvesting it from living animals has been around for a while. “We shall escape the absurdity of growing a whole chicken in order to eat the breast or wing, by growing these parts separately under a suitable medium,” Winston Churchill predicted back in 1931.
Credible!
The process is still expensive and time consuming. Starter stem cells are collected in a lab environment and treated with proteins that stimulate growth, they are then directed into familiar forms, like muscle tissue. Once grown in sufficient quantity, the synthetic meat can be ground up, chopped, or otherwise prepared just like meat off the bone.
Nonetheless, several startups are making real progress toward creating affordable cultured beef, pork and fish products. And the idea of synthetic meat, as odd as it may seem, has genuine appeal for several communities of interest. Environmentalists see it as a weapon in the ongoing battle to reduce climate change — fewer “harvest” animals means less CO2 emissions and less pressure to clear valuable forest for grazing.
And, of course, synthetic meat is cruelty free, which animal rights activists love. PETA has offered a cash prize to the first producer of synthetic chicken meat, and philosopher Peter Singer, author of Animal Liberation, has voiced support.
The Takeaway
Anyone who has read this newsletter knows what happens next: labeling controversies. And even though consumer market synthetic meat products are not yet available, lawmakers are trying to get ahead of the herd.
Enter Terry Goodin, Indiana General Assembly representative. Goodin has put together a bill for the Assembly’s 2019 session that aims to ensure that no one tries to sell synthetic meat as the “normal,” animal-grown original. “I have no problem with scientists making meat in a petri dish, as creepy as that sounds,” Goodin said. “I just don’t like the idea of them trying to hoodwink people into thinking that it is a natural food fresh from a farm.”
Pitched as a “truth in labeling” law for fake meat, the law would prevent synthetic meats from being labeled as “being meat,” although what this means in practice remains unclear. Some states have similarly proposed laws that require disclaimers for vegetarian products labeled with terms like steak or bacon. In Wyoming, for example, a bill has been introduced that would require those products to state “Imitation Food” on their label. A disclaimer for synthetic meat would likely operate similarly. Eventually, discerning between synthetic meat, imitation meat and traditional meat on labels could become a headache for consumers, but it promises to be much more of one for manufacturers.