Can Silicon Valley save food safety? Maybe, but not with online reviews alone 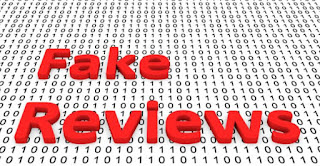 An emerging body of scholarship argues that machine learning and artificial intelligence can solve food safety enforcement. By mining tweets and Yelp reviews, health departments can target inspections more effectively.  With much fanfare, health departments in Boston, New York City, Las Vegas and Chicago have experimented with using social media to send allocate enforcement resources to restaurants predicted to be non-compliant. As the Atlantic put it, predictive policing means “Yelp might clean up the restaurant industry.” Yelp’s CEO immodestly proclaimed, “Online reviews could beat ‘gold standard’ healthcare measures.”
Yet one of the biggest questions about the rise of artificial intelligence is about its potential to exacerbate bias. Kate Crawford provocatively described it as “Artificial Intelligence’s White Guy Problem” in the New York Times. For instance, when Boston introduced its StreetBump app to detect potholes using smartphone sensors, municipal resources were disproportionately deployed to wealthier areas, where smartphone penetration was higher.
Food safety poses the same risk of blind spots when health departments start using social media data.  The reason is twofold. First, the typical incubation period for foodborne illnesses is days, not hours. The most common mistake is to attribute food poisoning to the last meal eaten. As Seattle food safety attorney Bill Marler puts it, “If you don’t have stool or blood culture, it is virtually impossible” to attribute food poisoning. Second, scientific uncertainty is a recipe for preconceptions. As Slate’s Andrew Simmons wrote, “When Yelpers puke, they tend to blame restaurants that serve ‘ethnic food.’” In the frank discussions that characterize David Chang’s Ugly Delicious show, Serena Dai discusses these false preconceptions of Asian food as “dirty and gross.”
Our research examines recent proposals for mining consumer complaints and tests for presence of such bias. We show that machine learning in food safety — as currently practiced — does indeed fall prey to that blind spot. We study over 77,000 New York City health inspections merged with 311 call complaints for food poisoning from 2010-17 and over 13,000 Seattle-King County health inspections with 152,000 Yelp reviews from 2006-13. The findings are simple: Asian establishments are systematically more likely to be subject to complaints, given the same food safety inspection score. Even when Asian and non-Asian establishments receive identical ratings by food safety inspectors, individuals are more likely to complain about Asian establishments.
It is unlikely that customers are more astute than full-time food safety inspectors in identifying food risk.  Customers observe the dining room, but food risk comes largely from the kitchen. Indeed, one academic study showed that customer complaints were negatively correlated with critical violations. One need look no further than the texts of Yelp reviews to see signs of bias. One reviewer: “I usually have such a difficult time digesting Chinese food, however, the food here was different. It was edible and it was good . . . I had been looking for a place that served 1. Americanizedish chinese food and 2. didn’t make me feel sick.” Another put it more plainly: “I expect all restaurants in Chinatown to be dirty.”
What is to be done? As in other parts of the economy, there is much to be gained by leveraging Silicon Valley’s insights in food safety.
First, health departments, firms, and food producers should assess the possibility for unexpected bias.  Google engineering attempts to identify food poisoning based on search history and smartphone location, for instance, may have the same perverse effects of StreetBump, shifting public resources to wealthier locales.
Second, engineers should assess methods for “de-biasing,” although our work also highlights that these may have limited applicability.
Third, if social media platforms seek to play a role in food safety, they might require more structured and epidemiologically grounded input on symptoms, timing, and dietary histories.
Last, a more general solution is to craft partnerships with academic institutions, who can help independently assess the validity, reliability, and blind spots of naive deployment of new technology.  Given the scientific uncertainty, much more work needs to be done to improve the effectiveness of food safety enforcement.
But, private bias should not find a backdoor to public enforcement.
About the authors:
Kristen M. Altenburger, A.M, is a Ph.D. candidate in Computational Social Science in the Management Science & Engineering Department at Stanford University. Her research focuses on developing statistical methods for social network data.
Daniel E. Ho is the William Benjamin Scott and Luna M. Scott Professor of Law, Professor (by courtesy) of Political Science, and Senior Fellow at the Stanford Institute for Economic Policy Research at Stanford University. He has written widely on food safety enforcement issues, based in part on collaborative work with Public Health – Seattle & King County.
Editor’s note: Attorney Bill Marler is a founding partner of Marler Clark LLP and publisher of Food Safety News.