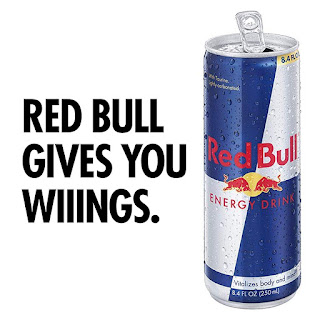 On 16 January 2019, the ASA published its ruling in relation to a poster advert for Red Bull which was placed in various stations on the London Underground. The advert promoted a Red Bull consumer initiative called the 4pm Finish, which was intended to urge people to leave work at 4pm one Friday.
The poster depicted a cartoon of two happy women standing slightly in front of and either side a large can of Red Bull, each facing away from the can. It was accompanied by the following poem:
“THE SECRET TO FINISHING EARLY. Plans are afoot to finish at four, but first, you have meetings and deadlines galore. So remember the secret of every office superstar, and tame every task that’s thrown on your radar. Because to leap every hurdle a hectic day brings, you just need to know: RED BULL GIVES YOU WIIINGS”.
Beneath this was the image of a clock showing 4pm and a flag which read:  “FOR A FLYING 4PM FINISH ON 14TH SEPTEMBER VISIT REDBULL.CO.UK/4PMFINISH”. There were cartoon images of stationary and paper next to the flag.
The 4pm Finish webpage referred to in the advert contained a range of blog posts various professionals giving tips on productivity and managing time.
The ASA received a complaint that the advert implied that the Red Bull energy drink had a beneficial effect on health, in particular that it improved focus and concentration. As such, the complainant challenged whether the advert made a health claim which did not comply with the rules on making health and nutrition claims.

Health claims are covered by section 15 of the Code of Non-broadcast Advertising, Sales Promotion and Direct Marketing (the “CAP Code”) which implements EU Regulation (EC) No 1924/2006 on nutrition and health claims (the “EU Regulation”). The EU Regulation established the EU Register of nutrition and health claims.
A health claim is any claim that states, suggests or implies a relationship between a food category, a food or one of its constituents, and health. Advertisers can only make health claims which are listed as authorised in the EU Register (or claims that would have the same meaning to the consumer) in their marketing communications. Such claims cannot be exaggerated and advertisers must hold documentary evidence to show they meet the conditions of use associated with the relevant claim.
Trade marks which could be construed as a health claim, and which were in use before 1 January 2005, are exempted from the rules until January 2022. As such, the ASA did not consider whether “Red Bull gives you wiiings” could be interpreted as a health claim.

The ASA upheld the complaint. It took the view that Red Bull had made an implied health claim and that the implied health claim was not an authorised claim listed on the EU Register. As such, the advert was found to be in breach of rule 15.1 of the CAP Code.
Red Bull explained that the advert was intended to promote the 4pm Finish initiative rather than make a direct or implicit suggestion that drinking Red Bull would help consumers achieve certain benefits. Red Bull also emphasised the cartoon-like imagery, humorous tone and fantastical nature of the advert, which was consistent with the brand’s reputation for light-hearted advertising, and which they believed made clear that the advert was not promoting any specific health benefits. Moreover, neither of the women were shown drinking Red Bull, nor was there any suggestion that they had drunk the Red Bull. There was therefore no indication of the women having consumed the product, let alone having received any health benefit from having done so.
Notwithstanding Red Bull’s response, the ASA considered that the advert depicted a scenario of being busy at work which they thought would be relatable to many consumers. Further, the ASA took the view that the line “…to leap every hurdle a hectic day brings” implied that Red Bull could help improve consumers’ mental focus, concentration and energy levels and therefore increase productivity.
The ASA also considered that the picture of the Red Bull can, the general imagery and the text together made it clear that the poster was for Red Bull and that any implied health claims in the ad were in respect of the product. This was despite the fact that the advert did not show the women consuming Red Bull. There was also no express reference in the text to “Red Bull” other than in the company’s well-known slogan, “Red Bull gives you wiiings”.
The ASA therefore decided that customers would perceive a relationship between Red Bull and health, namely improved increased mental focus, concentration and energy levels.

The decision is somewhat surprising. Whilst the poem in the advert clearly encourages consumers to increase productivity and to “leap every hurdle a hectic day brings” so that they can finish work early, there is no express suggestion that Red Bull can be used by consumers to achieve this. The advert did not show people obviously busy at work or consuming the product, and does not even make any reference to the Red Bull product in the text as it was intended to promote the company’s 4pm Finish initiative.
The ruling is also inconsistent with a previous decision relating to two Red Bull adverts which was issued by the ASA in February 2018 following a complaint about implied health claims. In that case, the ASA concluded that consumers were unlikely to interpret the adverts as implying a relationship between a food/ingredient and health and took into consideration the humorous and fantastical tone of those adverts as well as the lack of an overt reference to a health benefit.


Given this more restrictive approach from the ASA in the context of this advert, food and drink advertisers should take care with their advertising, especially those themed around wellness, or which may be considered as themed around wellness.  It is always important to consider what claims may be implied, and to make sure that there are no implied claims which make unauthorised health claims even where no express references to the advertiser’s product are made. 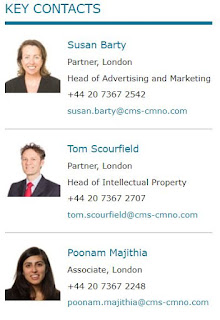