"Is the nickname protected by law?" by Aleksandra Krześniak 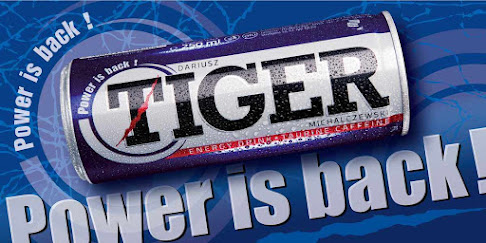 By the judgment announced on October 23rd, 2020[1], the Polish Supreme Court decided on a 10-year-old dispute between Dariusz Michalczewski (a well-known Polish athlete, boxer; using the nickname “Tiger”) and the company FoodCare Sp. z o.o. ("FoodCare"), concerning the nickname "Tiger". The Civil Chamber of the Supreme Court dismissed the cassation complaint of the plaintiff (D. Michalczewski) and upheld the judgment of the Court of Appeal in Kraków. In 2017, the Court of Appeal dismissed the claim for payment of over PLN 21 million for infringement of personal rights.

In the opinion of the Supreme Court, a nickname is not a personal right and is not protected by law like a pseudonym; due to the fact that it does not replace the last and first name, but appears alongside them. As a consequence, FoodCare did not infringe the personal rights of D. Michalczewski by using the name "Tiger" as the name of the energy drinks produced.

Subject of dispute and trademarks

Dariusz Michalczewski claimed compensation from FoodCare for the infringement of his personal rights in the form of the nickname "Tiger" as well as violation of the trademarks registered on his behalf. According to the plaintiff, FoodCare (defendant) sold energy drinks under the name "Tiger" after the cooperation between the parties had ended (termination of the license agreement), i.e. from October 2010 until the end of December 2011, without paying him for the promotion related to the use of the nickname "Tiger". As a result of Michalczewski's statements - who claimed to be entitled to the name of energy drinks "Tiger" - at the end of 2011 FoodCare changed the name of its products from "Tiger" to "Black" and ceased selling goods under the name "Tiger".

As a side note, it is worth noting that both parties are entitled to registered national trademarks: Dariusz Michalczewski owns rights to two word and figurative marks TIGER (R.145637 and R.191973), while FoodCare a word mark BLACK TIGER (R.179222). Interestingly, there are also several word marks TIGER submitted for registration by D. Michalczewski; however, for several years now the characters have the status "Application published" - perhaps the Polish Patent Office is waiting for a civil case to be resolved.

The claim related to the infringement of personal rights and registered trademarks was determined by D. Michalczewski at over PLN 21 million. The boxer has been advertising “Tiger” energy drinks since 2003.

Judgments of the first and second instance courts

The Circuit Court in Cracow by its judgment of October 12th, 2016[2] acknowledged Michalczewski's claim to the amount of PLN 2.4 million; and dismissed it as to the remainder part. In the opinion of the Court, the action of FoodCare was contrary to good practice, especially the principle of "pacta sunt servanda". Additionally, the Court also emphasized that the behavior of the defendant company, which used the image of a boxer in a promotional campaign and then - after termination of the licensing agreement - produces the same drink and claims that name of the product has nothing to do with the plaintiff, cannot be accepted.

Only FoodCare appealed against that judgment. The court of second instance, i.e. the Court of Appeal in Cracow, by a judgment of November 27th, 2017[3] changed the appealed judgment of the Circuit Court in such a way that it dismissed Michalczewski's claim in its entirety. In the opinion of the Court, the contract (here: licensing agreement) does not create a personal right; the word “Tiger” does not constitute a value of social significance and therefore, this designation can be used commonly. The plaintiff filed a cassation complaint with the Supreme Court against the judgment of the second instance court.

Importantly, both the circuit court and the court of appeal took the position that the plaintiff had not demonstrated any violation of trademark rights (the infringement has not been proven). In connection with the above, the Supreme Court, at the stage of cassation proceedings, was only to decide whether by advertising and marketing the energy drink under the name "Tiger" (specifically: "Tiger Energy Drink") there have been violations of D. Michalczewski's personal rights to his nickname "Tiger".

Supreme Court: the nickname is not protected by law

The Supreme Court dismissed Michalczewski's cassation complaint and ruled that the nickname is not protected as a pseudonym, which replaces the first and last name. A nickname appears next to the first and last name (not instead of them), therefore it is not a personal right. In the light of the above, there is no inseparable connection between the nickname and the person who uses it. By dismissing the cassation complaint, the Supreme Court upheld the judgment of the Court of Appeal, which rejected Michalczewski's claim in its entirety.

In the justification of the judgment, the Court emphasized that there is a difference between a nickname and a pseudonym; they cannot be considered equivalent to each other. In the opinion of the Court, the pseudonym is primarily intended to replace the real name and surname of a specific person, ensuring his anonymity. A nickname in turn defines a person with a known identity. This was also the case with the term “Tiger”, which always appeared in the context of the plaintiff's name, not instead of it.

In practice, the ruling of the Supreme Court means that Dariusz Michalczewski is not exclusively entitled to use (including commercial use) in the public space of the name "Tiger". The word "Tiger" is therefore not solely assigned to D.Michalczewski. Thus, the Court shared FoodCare's argument that the plaintiff has never acquired the rights to the name "Tiger" as a designation to individualize the FoodCare product in the form of an energy drink.

In conclusion, it is worth mentioning that one of the arguments indicated by Michalczewski was the fact that he is the only athlete who "transformed" a sports nickname into a business success. Nevertheless, in the opinion of the Court, the above is not sufficient to determine that a personal right protected by law could have been "created" on this basis. The ruling issued in the present case may have a real impact on other proceedings concerning the violation of personal rights.