INDIA: "Bull with or without bull" by Dr Mohan Dewan [RK Dewan & Co] 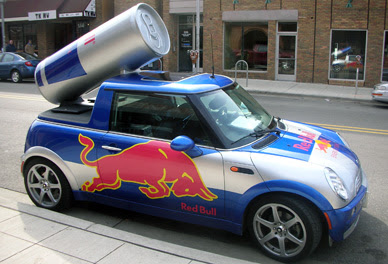 Red Bull AG (Red Bull) filed(*) an application for removal of the word mark YOUR WINGS TO LIFE2 registered in the name of Dr. Reddy's Laboratories Limited (Dr. Reddy’s) before the Intellectual Property Appellate Board (IPAB). Dr. Reddy’s did not appear for the hearing and also failed to file a counter statement.

Red Bull also claimed that it has adopted the device of wings in its commercials. The concept of an animal/human acquiring wings after consumption of the Red Bull Energy Drink has become exclusively associated with Red Bull. It also claimed that it is the registered owner of the domain name www.givesyouwings.com.

Red Bull stated that it recently found that the trademark YOUR WINGS TO LIFE is registered in the name of Dr. Reddy’s in respect of goods under Class 09. Red Bull claimed that neither Dr. Reddy’s nor its predecessors ever intended to use the YOUR WINGS TO LIFE mark in India even though an application for the same was filed in the year 2001. Red Bull claimed that Dr. Reddy’s has not used the impugned mark in India since adoption (almost 15 years) and more specifically for at least a duration of 5 years from the date of filing of the rectification.

It claimed that if the mark is allowed to subsist on the Trade Marks Register it would be depriving Red Bull, of its business. Hence it is a person aggrieved under Section 47 of the Trademarks Act.

The IPAB held that the points raised by Red Bull have no force as both rival trademarks are neither deceptively similar nor identical. It further held that Dr. Reddy’s mark YOUR WINGS TO LIFE is not the main mark and is a sub-brand. IPAB also clarified that “the question of non-user will arise if the party who is seeking rectification is an aggrieved party and has interest”. It dismissed the petition and held that Red Bull is not a person aggrieved within the meaning of the Trade Marks Act. IPAB also noted that as per the scheme of Trade Marks Act filing of counter-statement is not mandatory in order to decide the rectification