CJEU, C-53/20: the notion of "legitimate interest" for the purposes of opposing non-minor amendments to PGI product specifications 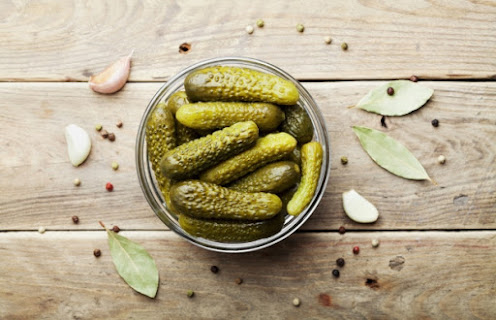 The Court of Justice of the European Union (CJEU) issued a preliminary ruling on 15 April 2021 concerning the interpretation of EU Regulation 1151/2012 on quality schemes for agricultural products and foodstuffs.

The decision issued in case C-53/20 pertains to the standing requirements for opposing a substantial amendment of the product specification of a protected geographical indication (PGI).

Hengstenberg GmbH & Co KG (Hengstenberg), a company operating outside the production area of the PGI in question, sought to act as an interested party to the application for amendment of the specification, because it marketed Spreewälder Gurken PGI products. As such, Hengstenberg filed an opposition against the application before the DPM, which rejected the opposition.

Hengstenberg appealed the decision of the DPM to the Bundespatentgericht (Federal Patent Court), which dismissed the appeal, finding that Hengstenberg held no "legitimate interest" as required by Regulation 1151/2012 and German national law to oppose the application in question. That notion is central to the opposition procedure, as only a natural or legal person with a “legitimate interest” can lodge a notice of opposition against a non-minor amendment to a product specification.

The Bundespatentgericht (Federal Patent Court) concluded, in particular, that only producers established in the geographical area of origin are potentially affected by a possible reduction in the value of a PGI, or damage to the reputation of the product concerned, as a result of an amendment to the relevant specification. 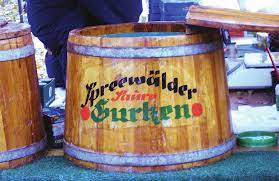 This decision was then appealed before the Bundesgerichtshof (Federal Court of Justice) which, considering that the correct definition of the notion of "legitimate interest" was fundamental to the resolution of the dispute, stayed the proceedings and referred the case to the CJEU for a preliminary ruling pursuant to Article 267 TFEU.

The question before the CJEU therefore related to the definition of the concept of "legitimate interest", under Article 49(3), first paragraph[1], and Article 49(4), second paragraph[2], of Regulation 1151/2012, read in conjunction with the first paragraph of Article 53(2) thereof[3].

In particular, the Bundesgerichtshof asked the Court of Justice whether, in the context of applications for non-minor amendments to the product specification of a product benefiting from a PGI, the "legitimate interest" should be interpreted as referring to any person or entity thatsuffers an economic prejudice - actual or potential, but not entirely implausible - as a result of the requested amendments.

First of all, the CJEU recalled that by virtue of the express reference set forth in Article 53(2), first paragraph, applications for non-minor amendments to the specification of a product benefiting from a PGI are subject to the same procedure as that applicable to the registration of a new PGI. Thus, the interpretation of the concept of "legitimate interest", which is not defined in the regulation in question, must be identical for both situations.

The Court then noted that the rules in question all provide that “any natural or legal person” may exercise the right to lodge an opposition and subsequently appeal the decision. Thus, based on a literal interpretation, despite the lack of a definition of “legitimate interest”, there are indications that it should be interpreted broadly.

The CJEU then noted that even starting from the division of competences that the regulation establishes between the Union and the Member States - which assess applications for registration and oppositions, before submitting a request to the Commission for the registration of protected names - a broad interpretation is preferable, offering the opportunity to as many interested parties as possible to object to significant amendments to the specification. In particular, the Court recalled that one of the grounds for opposition involves the potential to jeopardize the existence of a prior name or trademark or the existence of products legally on the market for at least five years before the date of publication of the registered name and specification.

The objectives pursued by the regulation - i.e. the creation of quality schemes that contribute to making the quality of products and the methods of production of the same factors that impart a competitive advantage, as well as at the same time avoiding an anti-competitive use of the PGI, PDO and TSG regimes - also lead to the same conclusion.

Finally, the Court emphasised that it is for the national court to assess, on a case by case basis, whether the “legitimate interest” invoked by the party lodging the opposition is not improbable or hypothetical, in order to balance the need to ensure those with a real interest have the right to oppose non-minor amendments to the product specification with that of avoiding pernicious challenges to changes affecting the specifications.

Therefore, with this ruling, the CJEU confirmed an expansive interpretation of the legal standing necessary for a party to file an opposition to substantial changes to a PGI product specification, which is protective of the interests of all the stakeholders involved, including those operators that fall outside of the production area of the PGI itself.

1 “As part of the scrutiny referred to in the second subparagraph of paragraph 2 of this Article, the Member State shall initiate a national opposition procedure that ensures adequate publication of the application and that provides for a reasonable period within which any natural or legal person having a legitimate interest and established or resident on its territory may lodge an opposition to the application”.

2 “The Member State shall ensure that its favourable decision is made public and that any natural or legal person having a legitimate interest has an opportunity to appeal.”.

3 “Where the amendment involves one or more amendments to the specification that are not minor, the amendment application shall follow the procedure laid down in Articles 49 to 52.”