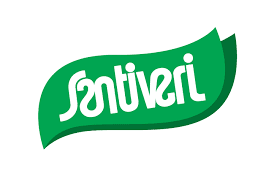 On 23 February 2021 the Fifth Section of the Contentious-Administrative Chamber of the Catalonia High Court of Justice (CHCJ) dismissed a contentious-administrative appeal filed by Laboratorios ERN SA, thus confirming the grant of Spanish Trademark 3,717,283, DYNAMIC SANTIVERI.

Casa Santiveri SL was a company principally dedicated to the production of health food preparations. On 4 May 2018 it applied to register Spanish Trademark 3,717,283, DYNAMIC SANTIVERI (a word mark), for goods in Class 5 of the Nice Classification – specifically, "food supplements based on collagen, hyaluronic acid, vitamins, minerals and plants".

Laboratorios ERN, a manufacturer of pharmaceutical products, filed an opposition against such trademark, alleging that it was prohibited under Article 6(1)(b) of the Trademark Act (17/2001) because it was incompatible with Laboratorios ERN's priority Spanish Trademark 0020,631, DYNAMIN (a mixed mark), which was registered for:

On 20 November 2018 the Spanish Patent and Trademark Office (SPTO) rejected Laboratorios ERN's opposition and granted the DYNAMIC SANTIVERI trademark, considering that Article 6(1)(b) of the Trademark Act did not apply due to the word differences between the trademarks.

On 11 December 2018 Laboratorios ERN filed an appeal against the SPTO decision. On 10 May 2019 the SPTO dismissed the appeal, thereby confirming the decision.

Laboratorios ERN filed a contentious-administrative appeal before the CHCJ.

On 23 February 2021 the CHCJ resolved the dispute by confirming that Article 6(1)(b) of the Trademark Act did not apply to the case.

According to the court, Article 6(1)(b) of the Trademark Act prevents the registration of a trademark where the signs and goods or services are similar to those of a prior trademark (ie, where there is a likelihood of confusion or association).

Based on Supreme Court case law, the court stated that a likelihood of confusion must be analysed by considering:

The court also considered EU case law, which states that a comparison must consider the sign as a whole, without excluding the fact that a combined trademark may be dominated by one of its elements.

Accordingly, the court considered that Article 6(1)(b) of the Trademark Act was not applicable for the following reasons:

Therefore, the CHCJ dismissed Laboratorios ERN's appeal, confirming the grant of the DYNAMIC SANTIVERI trademark because sufficient denominative and applicative differences existed between the two trademarks to avoid any likelihood of confusion in the mind of a general consumer.

The plaintiff was ordered to pay the legal costs. This decision is final.