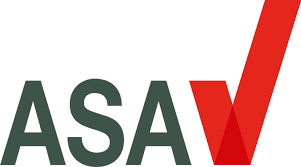 Food features in a number of the rulings underlining the importance of not overstating any claims as to environmental benefits, as well as emphasising the importance of careful compliance with the EU Nutrition and Health Claims Regulations. Targeting issues proved to be key in two adverts for Rizla cigarette rolling papers, one successfully, and one not. In a not upheld decision in relation to an advert for Clinique’s Fresh Pressed product, the ASA’s focus on what consumers would actually understand from the imagery and brand name was key in reaching the conclusion. The risk to a brand name from an upheld complaint was also highlighted in the Dextro Enery decision. This ruling also highlights that a complaint may still be upheld even where CAP copy advice has been given. There are also two contrasting decisions for financial services products looking at the issue of whether an advert is irresponsible for encouraging particular purchases.

Plenish Cleanse Ltd – 6 February 2019
Two complaints were made about two poster adverts for Plenish almond drink, both of which focused on the benefit to the planet of switching to a plant-based diet. The complainants understood that almond production could have a negative impact on water levels (and particularly in certain areas of the world that were already affected by drought), and challenged whether the adverts misleadingly exaggerated the environmental benefits of the product.
The ASA considered that Plenish Cleanse were able to substantiate that switching from cow’s milk to Plenish almond drink was one way in which consumers could transition to a more plant-based diet, and that Plenish almond drink had a lower overall environmental impact than cow’s milk. This was the meaning that the ASA considered was what consumers would understand from the two adverts. Plenish Cleanse were also able to satisfy the ASA that the almonds in their product were sourced from low-impact farms in Spain, in regions which were not encumbered by drought. In reaching its conclusion, the ASA reviewed the data provided, including lifecycle analysis for the product with comparative data for cow’s milk production both in the UK and abroad.
Considering carefully what consumers are likely to understand from any claims being made is always key – and is often surprisingly overlooked. The ASA will also always review carefully environmental claims being made and, in doing so, will generally look at the entire lifecycle of any product which is in question.
https://www.asa.org.uk/rulings/plenish-cleanse-ltd-a18-466208.html


ASC Twelve Ltd t/a Simple as Fat (13 February 2019)
This complaint related to seven different tweets from a “Simple As Fat” Twitter account, all effectively advocating a low carb high fat diet and referencing the ability to cure Type 2 Diabetes (and even erectile dysfunction caused by diabetes) as well as achieve weight loss, with the diet.
The complaint was on the basis that the tweet adverts discouraged essential treatment for conditions for which medical supervision should be sought, namely diabetes, erectile dysfunction and obesity, and whether the diet offered suitably qualified supervision, as well as whether the diet was a nutritionally well-balanced diet plan with weight loss claims which could be substantiated.
By way of response, the advertiser simply sought to rely on a new ‘Low Carb’ initiative being initiated by the NHS. Unsurprisingly, the ASA upheld the complaint in every respect. No evidence was provided to show the diet plan would be used under suitably qualified supervision, and the ASA was concerned that this would also discourage essential treatment for conditions for which medical supervision should be sought. There was also no actual evidence that the diet plan could result in weight loss. Any weight loss claim should be supported by rigorous trials on people; testimonials not supported by trials did not constitute substantiation. Moreover, details of the nutritional composition of the diet plan had not been provided, and the ASA was concerned that the diet plan was not in line with the government’s recommendations regarding a nutritionally well-balanced diet and how to lose weight healthily.
Although not a surprising outcome, this ruling does highlight the risk that companies may have with ill-thought through tweets. It is much more likely that issues will arise with promotional tweets than adverts that have to go through a more extensive production process.
https://www.asa.org.uk/rulings/asc-twelve--ltd-a18-465666.html


Dextro Energy GmbH & Co KG – 13 February 2019
A London Underground poster for the advertiser’s glucose tablets featured the text "LIFE'S HARD", with a large upward arrow with "CHEAT!" written inside. Further text stated "FEEL THE BURST - OF FLAVOUR" around a packshot with "DEXTRO ENERGY" in an upward arrow alongside the words "fast" and "direct", which appeared in lines denoting speed, and text which stated "orange + vitamin C". Small print at the bottom of the poster stated "Vitamin C can contribute to the reduction of tiredness and fatigue".
The complaint was on the basis that there was an implied claim that the product would provide an energy boost, which was a specific health claim which needed to be authorised on the EU Register of Nutrition and Health Claims made on foods.
Here the advertiser had sought advice from the CAP Copy Advice team and had understood that the advert was likely to comply with the CAP code. They also relied on the fact that the word “boost” did not appear in the advert, the word “energy” was part of the product name, “Dextro Energy”, which was a registered trade mark. Apart from the product name, the text of the advert did not mention energy. The advertiser believed that the word “burst” in its context ("FEEL THE BURST - OF FLAVOUR") would be clearly understood to relate to flavour and not energy.
Any implied health message could only be a general, non-specific claim that the food provided a benefit for overall good health or health related well-being, which was allowed under the Regulation on nutrition and health claims, if accompanied by a specific health claim included in the Register. The product contained vitamin C in sufficient quantities to use the authorised health claim “Vitamin C can contribute to the reduction of tiredness and fatigue”, which was included at the bottom of the ad.
Notwithstanding that the advertiser had sought copy advice for the advert, and were also entitled to use the authorised health claim for a source of Vitamin C, the ASA upheld the complaint. The ASA emphasised that health claims can be made through the use of images and in the overall presentation of an advert as well as in text. Even though the product name (using the word "Energy") had been registered as a trade mark before the required date of 1 January 2005, the ASA took the view that the product name, in the context of other claims and imagery, constituted a health claim which inaccurately reworded or exaggerated an authorised health claim. The ASA considered that the advert implied that the product provided an immediate increase in energy levels such as to allow those who consumed the product better to face the challenges of day-to-day life.
This ruling is a reminder that the ASA can, and reasonably often does, uphold a complaint even after CAP copy advice has been sought. Nutrition and health claims is a complex area where particular care needs to be taken. Here, the advertiser also ran the risk of its brand being compromised by an adverse ruling which in part impacted on the brand name.
https://www.asa.org.uk/rulings/dextro-energy-gmbh---co-kg-a18-452116.html 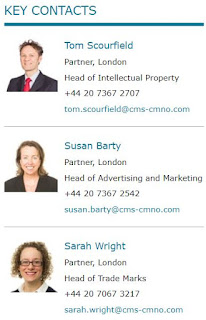