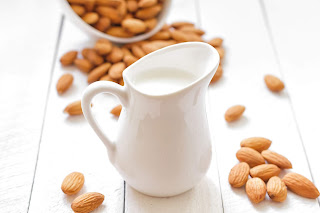 On December 20, 2018, the Ninth Circuit affirmed the dismissal without leave to amend of a putative class action complaint against Blue Diamond Growers, which alleged that the term “almond milk” on Blue Diamond’s beverages was misleading. Painter v. Blue Diamond Growers, — Fed.Appx. —, 2018 WL 6720560 (9th Cir. Dec. 20, 2018). The named plaintiff, Cynthia Painter, argued that because almond milk is a substitute for dairy milk, but is not nutritionally equivalent, it was misleading for Blue Diamond not to disclose on the product label (i) that the product was an “imitation milk” and (ii) the nutritional differences versus dairy milk.
The Ninth Circuit upheld the lower court’s dismissal of Painter’s claims on three grounds. First, it found that Painter’s state law claims were preempted by the Food, Drug, and Cosmetic Act (“FDCA”) because the FDCA’s broad preemption provision prohibits states from imposing food labelling requirements that differ from federal requirements. The FDCA requires that foods imitating other foods bear a label with the word “imitation” and, immediately thereafter, the name of the food imitated. But Painter’s claim that Blue Diamond was required to also include a nutritional comparison of almond milk to dairy milk (or else cease using the term “milk”) conflicted with the FDCA, and was thus preempted.
Second, the Ninth Circuit found that Painter failed to plausibly allege that the absence of the word “imitation” on Blue Diamond’s labeling violated the FDCA. The Ninth Circuit held that almond milk did not constitute an “imitation” product under the FDA’s regulations given that “almond milk does not involve literally substituting inferior ingredients for those in dairy milk.” Nor was it plausible that a reasonable jury would believe almond milk is comprised of nutritionally inferior substitutes because dairy milk and almond milk are “two distinct food products” that “necessarily have different nutritional profiles.”
Finally, the Ninth Circuit found that the lower court properly dismissed the complaint because Painter had failed to show that a reasonable consumer would likely be deceived into thinking that almond milk and dairy milk were nutritionally equivalent. The Ninth Circuit contrasted Blue Diamond’s labeling practices with the labeling at issue in its decision in Williams v. Gerber (a case we have discussed in previous posts), where the court had found it was plausible that a reasonable consumer would be misled by a food label. Here, unlike in Williams, Blue Diamond’s labeling provided clear and correct information about its nutritional value, stating nothing that would mislead consumers about its contents. Thus, the Ninth Circuit upheld the lower court’s finding that “‘[n]o reasonable consumer could be misled by [Blue Diamond’s] unambiguous labeling or factually accurate nutritional statements.’”
Watch this space for notable developments in this case and other false advertising matters.
On a separate note, we were pleased to learn recently that the ABA Journal has named our blog to its Web 100 for 2018. The Web 100 comprises 35 law blogs and 65 “web tools” of other types.  Our blog was selected as one of the 35 top law blogs of 2018 by ABA Journal readers, staffers and an expert panel of lawyers.  At the beginning of this new year, we want to thank our readers for following us, and encourage you to reach out to us with comments, questions and suggestions.