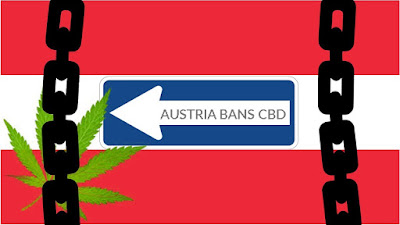 Exactly four months ago, we reported that the Austrian pastry shop Aida was starting to sell cakes containing CBD and explained the legal situation. In the meantime, everything has changed. Or has it?
Although the sale of CBD products is booming in Austria and in Europe generally, Aida had to give away its cakes free due to a decree forbidding the sale of products containing CBD.
Handling of cannabis extracts
It was foreseeable that the Austrian government would take up the fight against CBD, as it had already announced it would do so in its programme. Nevertheless, many companies with CBD products in their portfolio were surprised when the Ministry issued a decree stipulating the handling of extracts containing cannabinoids.
A decree is an internal administrative rule issued by a higher authority to lower authorities. The subordinate authorities will be bound by the provisions of the decrees, provided they do not conflict with the laws. According to the decree: "Extracts containing cannabinoids which are placed on the market as such or in food should therefore generally be considered as novel foods under Regulation (EU) 2015/2283 ["Novel Food Regulation"]. Only authorised novel foods included in the Union list may be placed on the market as such or used in foods in accordance with the conditions and labelling requirements laid down in the list. No such authorisation is currently granted. Placing on the market is therefore not permitted." The Ministry stated that CBD should be banned from foodstuffs and cosmetics.
It can be concluded from the wording that food and cosmetics containing CBD products may no longer be sold.
No general ban on CBD products
Unfortunately, the Ministry's assessment is poorly expressed. The Ministry is essentially misusing the Novel Food Regulation to achieve its announced goals. Even though it is not entitled to interpret EU law, this is the privilege of the Court of Justice of the EU. Although the decree refers to "clarifications at the European level" as the basis for the legal opinion, such clarifications have actually – at least officially – not yet taken place.
Consequently, only what is expressly laid down in the Novel Food Regulation can apply: Novel foods and food ingredients are defined in Article 1 Para 2 of the Novel Food Regulation as foods and food ingredients which were not yet used for human consumption to any significant extent in the EU by 15 May 1997. The use of the respective ingredient in pharmaceuticals or cosmetics is not sufficient, which is why, especially in the case of so-called "naturopathic plants" such as the cannabis plant, it must be precisely checked how the plant was used before 15 May 1997. In fact, detailed research shows that cannabis was already used as a foodstuff in the territory of the present European Union long before 1997. This ought to be largely undisputed. However, the same cannot be proven for CBD in pure substance, which is why in this respect a clear distinction must be made between whether a cannabis extract is used or CBD in pure substance.
From the two entries in the (legally non-binding) Novel Food Catalogue of the European Commission on "Cannabis sativa L" and "Cannabidiol" it follows, on the one hand, that in the opinion of the European Commission, the cannabis plant itself is not to be classified as Novel Food.
On the other hand, the Novel Food Catalogue explicitly states that extracts from the cannabis plant where the CBD content is higher than the CBD content in the source, namely the Cannabis sativa L plant, are novel foods. However, neither the Novel Food catalogue nor any legislative act of the European Union defines how high the "normal" CBD content is in a cannabis plant. According to our research it lies between 2 % and 4 %. As a result, it is also clear that foods containing hemp, in which CBD is naturally contained (e.g. hemp teas, hemp seeds, hemp (seed) oil, hemp (seed) flour, drinks such as hemp beer or hemp lemonades), are not subject to the Novel Food Regulation.
Bottom line
CBD in its pure form should probably be considered a novel food unless the food business operator can demonstrate that the CBD extract was used as food before 15 May 1997. Then again, not all ingredients containing CDB are novel. The decree conceals this crucial differentiation and mentions a general prohibition, which cannot even be given due to the legal situation.
It would have been desirable to clarify the legal situation and provide guidance to all parties involved in the CBD business, but the decree has not achieved this objective. On the contrary, confusion prevails. We will keep you posted about further developments. 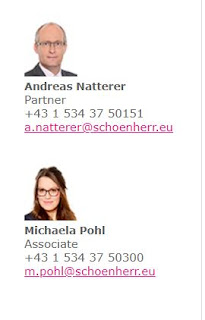