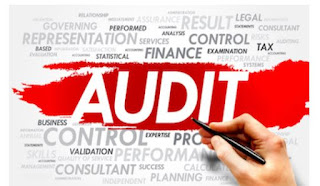 More than a third of audits and fact-finding missions by the European Commission’s Directorate-General for Health and Food Safety (DG SANTE) will deal with food safety this year.
The EC plans to conduct up to 211 audits and other on-the-spot visits in EU member states and countries outside the region.
Seventy-three, or 34 percent, of audits and fact-finding missions will deal with food safety, 14 percent with animal health and welfare, and 9 percent with plant health. Six percent of audits will look at food quality and feed safety, while 4 percent will concern import controls and follow-up.
The objective is to ensure EU legislation on food safety and quality is properly implemented and enforced.
Outcomes from audits will be available to the public. Findings will be summarized in overview reports as a basis for discussions with member states about identified common challenges and best practices. Results of audit and analysis work supports development of evidence-based policies.
One project ongoing in 2019 is to further reduce the number of human salmonellosis outbreaks in the EU by improving effectiveness of control programs in live poultry. The 2016-2017 outbreak of Salmonella traced to Polish eggs accounted for more than 500 reported cases. 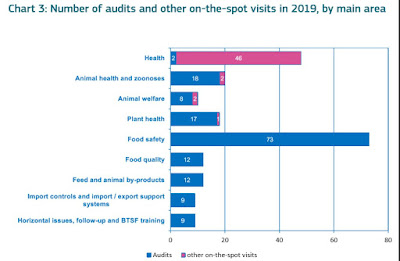 The Commission will look at the correct implementation of Salmonella control programs for poultry populations in member states including audits to Greece and Spain.
A special focus in 2019 will be on countries with important horse meat production or imports and those with a high number of Salmonella outbreaks. Two audits will follow up on the short series on tuna and related foodborne outbreaks.
Belgium, Ireland, Poland and Romania are part of the work on horse meat, France for products from mammals and poultry, Poland and Czech Republic for items from poultry, tuna in Italy and Spain will be looked at as well as fishery products in Cyprus, Denmark and Malta.
Projects on tuna imports from outside the EU and tuna from the EU, ready-to-eat (RTE) food and food improvement agents package will conclude this year. Food additives, enzymes and flavorings are known as food improvement agents.
Belgium and Spain will be subject to audits on RTE food and an overview report will be published to support the Commission’s policy of reducing foodborne outbreaks caused by this category. A pilot fact-finding mission was organized at the end of 2017 and a short audit series took place in 2018.
Audits of official controls for microbiological risks of food of non-animal origin, such as fresh fruit and vegetables eaten raw, and soft berries, including frozen produce and seeds for sprouting are planned for Egypt, Serbia and the United States as well as Hungary, Lithuania and Poland.
For controls of contaminants in food, audits will go to Argentina, Iran and the U.S. and heavy metals will be covered in the work on tuna (Italy and Spain) and fishery products (Cyprus, Denmark and Malta).
Trips to Bulgaria, Greece and Italy and an overview report on food improvement agents are planned this year after a pilot mission in 2017 and four audits in 2018.
Audits are planned to countries outside the EU which requested approval to export various commodities. These cover live bivalve mollusks from South Korea, products from mammals in Australia, Canada, Paraguay and Serbia, items from poultry in Thailand and Ukraine and fishery products from Brazil, Ghana, Mauritania, Namibia, Russia and Tunisia.
In 2017, the Commission did 199 audits and fact-finding missions in food safety and quality, animal health and welfare and plant health, compared to 208 audits, fact-finding missions and study visits in 2016. A total of 77 (39 percent) of audits covered food safety in 2017.
Fact-finding missions included fipronil contamination of eggs and egg products and synergies of official controls with food business operators’ own checks.