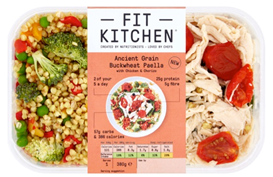 Both FKL and SML provide healthy pre-prepared meals: FKL via an online subscription site, which allows users to customise meal choices, based on their individual macros and dietary preferences and SML, through the manufacture and sale of products to supermarkets. 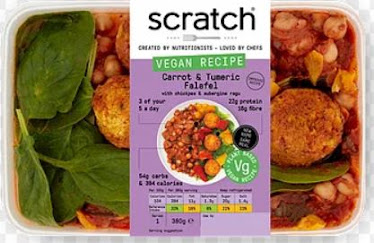 FKL's products are sold under a stylised logo containing the words 'Fit Kitchen'. The logo has been protected as a UK trade mark since August 2016. Between December 2016 - November 2019, SML also sold products under the sign 'Fit Kitchen'. FKL therefore issued proceedings for trade mark infringement and passing off. SML denied the allegations and counterclaimed, seeking revocation of FKL's trade mark on grounds of bad faith.

The assertion of bad faith related to the fact that, for a brief time, FKL had been dissolved and removed from the register of companies, for failing to file accounts at Companies House. In 2017, FKL was restored but its trade mark application had been filed during the intervening period (i.e. before its restoration). SML therefore argued that the application had been filed in bad faith and amounted to "an act which fell short of the standards of acceptable commercial behaviour observed by reasonable and experienced men in this area". The Court quickly dismissed this argument for two reasons: firstly, because once restored, a company is deemed to have existed at all times; and secondly, because the second claimant (who was the co-founder of FKL) was unaware that the company had been struck off and had continued to trade, under the FKL banner, throughout.

When considering FKL's infringement claim, the Court found that this failed under s10(3) of the Trade Marks Act 1994 (TMA) (detriment and/or taking unfair advantage of the repute of a trade mark), on the basis that FKL's trade mark did not have the requisite reputation at the relevant time. FKL's claim under 10(2) TMA (likelihood of confusion) was however successful, in some part due to considerable evidence of actual confusion between the parties' products (65 instances, in total, were presented to the Court). Despite lacking the necessary reputation to succeed under s10(3) TMA, FKL's claim for passing off was also successful.

FKL is a relatively small business with a modest turnover, As the considerably larger entity, both in terms of revenue and operations, SML may have hoped to negate a likelihood of confusion and that the Court would find that FKL had not built up enough reputation and goodwill in its 'Fit Kitchen' brand to succeed with its claims under s10(3) TMA and in passing off. The case however serves as an important reminder that the threshold for establishing goodwill in passing off claims is lower than the threshold for establishing reputation under s10(3) TMA. It also reiterates that whilst evidence of actual confusion is not necessary to succeed in a claim under s10(2) TMA, it goes a long way.

* Ben Mark is a Partner in IP & Technology at RPC in London. Ben can be contacted at ben.mark@rpc.co.uk.