India vs. Pakistan: Basmati Battle at the European Union

India and Pakistan are at loggerheads again, however, for a change, this time the battleground is the European Union (EU). Pakistan is planning to oppose India’s Geographical Indication (GI) claim over Basmati rice. As per EU’s official report, India submitted the GI tag registration application in September 2020, stating, “Basmati is grown in various parts of India as a special long grain aromatic rice. It is raised and produced in a particular geographical region of the Indian sub-continent, below the foothills of the Himalayas. The area is a part in northern India, below the foothills of the Himalayas forming a part of the Indo-Gangetic Plains (IGP).” Since India has already applied for the GI tag of Basmati rice , it will have the sole ownership if Pakistan’s opposition fails. 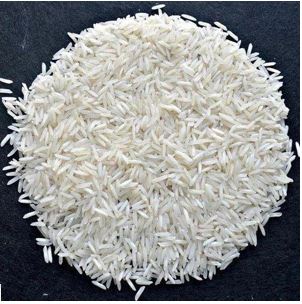 We do not claim any copyright in the image used. It has been used for academic and representational purposes only

Reports suggest that Pakistan decided to oppose India’s claim at the European Union during a meeting which was attended by Secretary Commerce, Chairman, Intellectual Property Organisation (IPO-Pakistan), representatives of the Rice Exporters Association of Pakistan (REAP), along with the legal fraternity, and chaired by the adviser to the Prime Minister on Commerce, Razak Dawood.  The Ministry issued a statement soon after the meeting stating, “Pakistan will vehemently oppose the claim within the EU and restrain India from obtaining exclusive Geographical Indication (GI) tag of Basmati rice.”

The Regulation (EU) No. 1151/2012 of the European Parliament dated 21st November, 2012, on quality schemes for agricultural products and foodstuffs provides an option to countries for filing an opposition to a GI claim within a period of 3 months from the date of publication in the Official Journal of the European Union.

Pakistan enacted its GI (Registration and Protection) Act in March 2020, but has not implemented it yet. The GI Act, once implemented, will provide Pakistan the right to oppose India’s application for GI Tag registration. However, it has already been more than 15 days post the notification of India's claim. Now Pakistan has less than 10 weeks for opposing India’s claim and filing a counter application with the EU, convince it that Pakistan has maintained the exclusivity of its regions cultivating Basmati. The same would involve internal talks and negotiations. It remains to be seen if Pakistan keeps up with the crushing timeline.