USA: Hey influencers! The FTC is talking to you - new guidance from the FTC 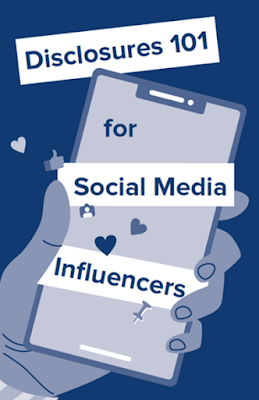 The Federal Trade Commission (FTC) released new guidance regarding influencer marketing. The FTC breaks down the basics of advertising disclosures for social media influencers through a series of do’s and don’t’s as to how, when, and where to disclose a “material connection” to a brand.
As social media platforms seemingly multiply by the day, savvy brand owners and their influencers alike seek new ways to engage with consumers and raise brand awareness. Yet as brands disperse their advertising among a fleet of influencers, all involved must understand and abide by basic truth-in-advertising principles. To this end, the Federal Trade Commission (“FTC”) recently released new guidance aimed at explaining these requirements to influencers so that they – and the brands they represent – comply with federal law.

The FTC’s new Disclosures 101 for Social Media Influencers and its accompanying videos represent the first time the FTC is speaking directly to influencers themselves to remind them of their legal obligations when posting on social media. These publications build upon and clarify key guidance from the FTC concerning influencer marketing, namely the FTC’s Endorsement Guides and a 2017 Frequently Asked Questions guidance document.
The new guidance comes as no surprise because FTC enforcement action against influencers is on the rise. This trend began in 2017 when the FTC sent dozens of educational warning letters to numerous influencers and settled its first formal complaint against two influencers in the online gambling industry for failing to disclose their ownership of the company they endorsed.

This new guidance applies to all posts – even those posted by influencers abroad – if it is reasonably foreseeable that a post may affect U.S. consumers.
As such, the FTC reiterates that it is the influencer’s own responsibility to disclose any “material connection” to a brand, which includes any personal, family, employment, or financial relationship. Financial relationships are not limited to monetary compensation but refer to the influencer’s receipt of “anything of value” from the brand, such as free or discounted products or any other perk in exchange for mentioning any product or service offered by the brand.
Even connections such as tags, likes, pins, or other similar ways of showing someone likes a brand or product can constitute endorsements that require disclosure. Influencers cannot rely on others for disclosures nor presume their followers’ knowledge of their existing relationship with a brand.

Where and How to Disclose

Influencers must always ensure that consumers can see and understand a required disclosure.
Consumers are also more likely to notice disclosures conveyed both visually and aurally. For example, when endorsing a product during a live video stream, any disclosure should be repeated periodically so viewers who only see part of the stream receive and understand the disclosure.
The FTC is therefore cracking down on influencers who bury their disclosures at the end of posts among numerous hashtags or distract from a small-print written disclosure during an engaging video. Instead, the FTC encourages influencers to make their disclosures one of the first things consumers see or hear.
Finally, influencers must also remember basic truth-in-advertising principles such as (i) don’t endorse a product you haven’t tried, (ii) don’t say you think a product is great when you actually believe it’s bad, and (iii) don’t invent claims that require proof the brand may not or does not have, such as health claims.

The FTC states that these disclosures are an important step towards keeping influencer recommendations honest and allowing consumers to weigh the value of influencer endorsements. This new guidance also ensures that brands and their influencers will know what to do to stay on the right side of the law and avoid enforcement action by the FTC.
With the FTC’s enforcement focus now clearly directed at influencers themselves – and not just the brands they represent – be on the look-out for more #bad #ads caught in the FTC’s crosshairs.