UK: Tesco fined for selling out of date food 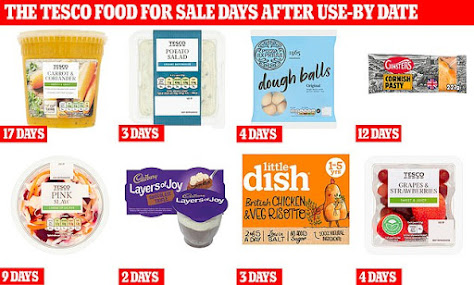 Tesco has been fined £7.5M after pleading guilty to selling food past its use by date at three of its Birmingham stores.

Birmingham City Council brought the prosecution against Tesco under the Food Safety and Hygiene (England) Regulations 2013, after food inspectors from the Environmental Health Department found three stores in and around Birmingham selling out-of-date food on numerous occasions between 2015 and 2017.

Tesco pleaded guilty at Birmingham Magistrates court to 22 offences across the three stores, which totalled 67 separate out of date items, leading to the handing down of one of the most substantial fines ever for an offence of this nature. The court heard that officers first visited stores in June 2015 after receiving a complaint from a member of the public and found 6 items on display beyond their use by date. Officers were invited to complete another check in April 2016 and found various further out of date items on display, including pork belly and flavoured milk. Then, visits to 2 other stores after a subsequent complaint found several additional offending items, including fruit with visible mould.

A spokesperson for Birmingham City Council's environmental health team said: "the purpose of the use-by date is to protect the health of the consumer. The manufacturers put the date on their products to guarantee the food is safe and ignoring this date completely undermines consumer safety".

Tesco's fate sends a warning to other food retailers to ensure that appropriate steps are taken to guarantee that their products are in date. The message is clear; when it comes to consumer safety there is no room for error and fines can be hefty.