The vegetarian and vegan market has grown exponentially in the last 10 years. In fact, the meat-free industry is forecast to increase in value to £658 million by 2021.

The alternative milk sub-sector provides a wide range of milks for vegetarians, vegans, lactose intolerant and anyone else wanting to dip their toe in the dairy-free range. Milk is currently available from a variety of products: almond, oat, hazelnut, coconut, rice and soy to name a few. However, some companies are set to further disrupt the dairy and alternative milk sectors.

Israeli start-up, Remilk, is investing in an alternative way to make non-dairy milk that harnesses microbes to produce a product that is adaptable and argued to be environmentally conscious. Remilk claims that its product does not have any of the health "pitfalls" that are associated with its dairy counterparts: no lactose, growth hormones, antibiotics or cholesterol. Such a product could potentially revolutionise not only the milk market, but also the alternative cheese market.

Another brand seeking to disrupt the dairy sector is Swedish oat-based milk brand, Oatly. Its advertising campaigns have been controversial – focusing on environmental destruction, the brand has become ever more political in its tact. Advertising campaigns, such as "It's like milk but made for humans", have catapulted the brand into an adversarial dance with Sweden's dairy lobby, LRF Mjölk, which sued the company in 2015 for disparaging cow milk and implying that it was bad for health. It won the case and Oatly was prevented from using the slogan and ordered to pay around £100,000.

Tension between dairy companies and non-dairy alternative brands can also be seen in the US. A Californian class action lawsuit was brought against Blue Diamond Growers, an almond milk producer, in 2018. The lawsuit alleged that the products manufactured by the company were mislabelled under Food and Drug Administration (FDA) law because the labelling of products as "almond milk" would mislead consumers. The lawsuit argued that non-dairy milk should be labelled as "imitation milk" because it is nutritionally inferior to milk and is therefore a substitute. The lawsuit was dismissed by the Ninth Circuit Court of Appeals on the basis that federal law, namely the Federal Food, Drug and Cosmetic Act (FDCA), contains "a broad pre-emption provision, which prohibits a state from directly or indirectly establishing food labelling requirements not identical to federal requirements." The appellate court stated that "almond milk is not a 'substitute' for dairy milk…because almond milk does not involve literally substituting inferior ingredients for those in dairy milk." The lawsuit failed, therefore, because it tried to impose these requirements which were not identical to, or required by, federal law.

A comparison can be drawn between the US and Europe in how dairy and non-dairy products are labelled. The Dairy Pride Act was introduced in 2017 by two US senators and aimed to prohibit non-dairy brands using terms that are traditionally associated with dairy products. However, the bill failed to pass and any progress on re-introduction has been stalled due to COVID-19. In Europe, however, vegan and vegetarian producers have been prevented from labelling their products as "milk" etc. by an EU law enacted in 2013 which states that products using the terms "milk", "butter", "cream cheese" and "yogurt" can only be designated as such if they are derived from animal milk. This was affirmed in 2017 in a ruling by the European Court of Justice (ECJ). The case involved a German food producer, TofuTown, which sells plant-based alternatives labelled as butter and cheese etc. TofuTown argued that consumers were not misled by its products because its labels clearly stated that such products were plant-based and that they had not violated EU legislation. The ECJ concluded that "the addition of descriptive or clarifying additions indicating the plant origin of the product concerned, such as those used by TofuTown, has no influence on that prohibition." It is interesting to note that coconut milk, peanut butter, almond milk and almond ice cream are all exempt from the EU Regulation.

With the continued growth of the market, and with more attention being drawn to the environmental impacts of a conventional diet, it is anticipated that there will be more legal disputes between the dairy and non-dairy sectors. 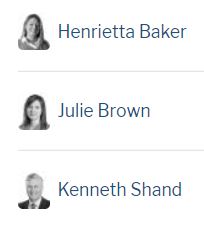