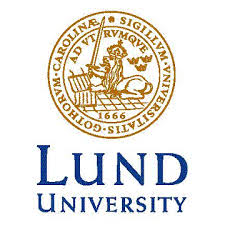 Coffee, Country-of-Origin and China – A closer look at Chinese consumption and perception of foreign and domestic coffee in Kunming

Being one of the most valuable commodities in the world, coffee is of great importance to the world economy, producing countries and the daily lives of millions of people. China is one of the largest and fastest growing consumer markets in the world and is experiencing an increasing demand for coffee.
.
Very little research has been carried out concerning China’s growing appreciation for the commodity but also in its role as a producer of coffee. This thesis was intended to contribute to the existing knowledge by examining Chinese consumers’ coffee-buying behavior, and especially, how important the country-of-origin of coffee is for the perceived quality of a coffee product. This was done using an online-survey, a focus group discussion and two interviews where the interviewees both had their own company in the coffee business. The results showed, among other things, that Chinese coffee consumers do appear to be influenced by country-of-origin and that this influence differs between groups of people.
.
Link: http://lup.lub.lu.se/luur/download?func=downloadFile&recordOId=4590437&fileOId=4590439